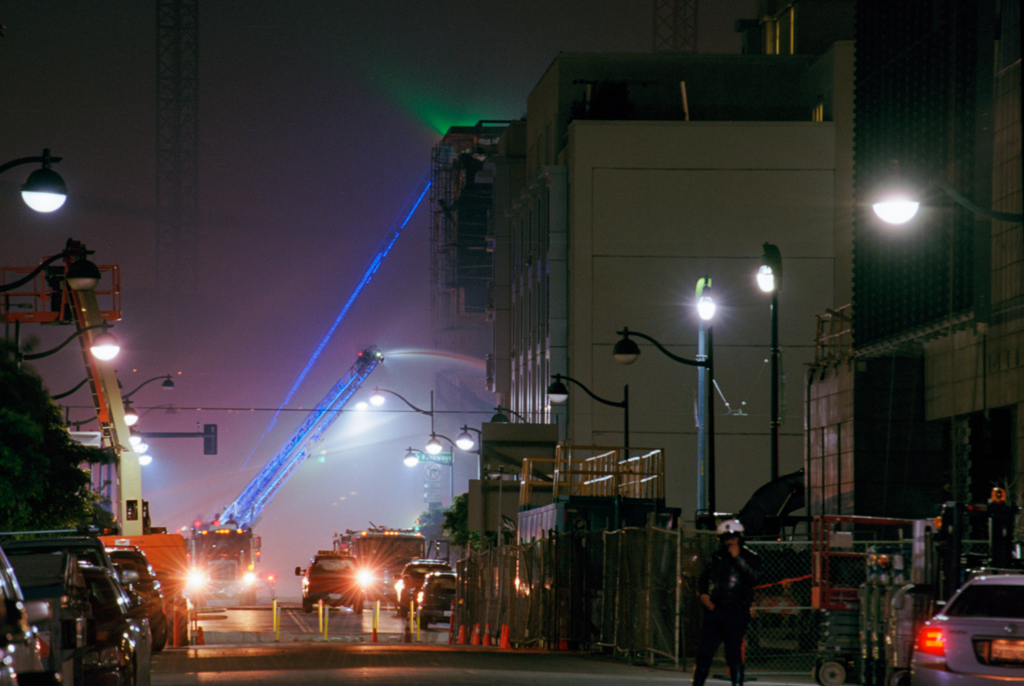 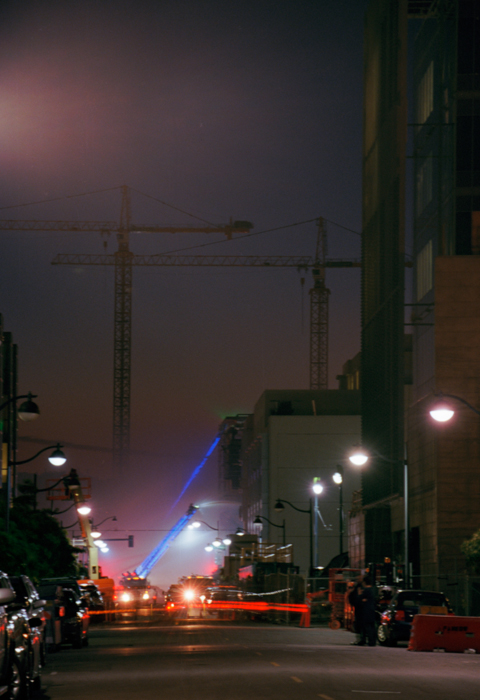 There was a massive fire today in a very large apartment complex being built over a block in in Mission Bay that pretty much leveled the structure.

The smoke clouded the air all the way down in South San Francisco, and, though the fire was out by the time I got back to SF, ash and debris could be found over downwind neighborhoods all the way over Potrero Hill.

I ended up passing through Mission Bay on my way through, where firefighters were still spraying down the smoldering structure, so I stopped for a couple quick long exposures as the sun went down behind them.

Seeing the damage from a bus a few days later, I can’t imagine what it must have been like to be in the vicinity when it was burning at full force.