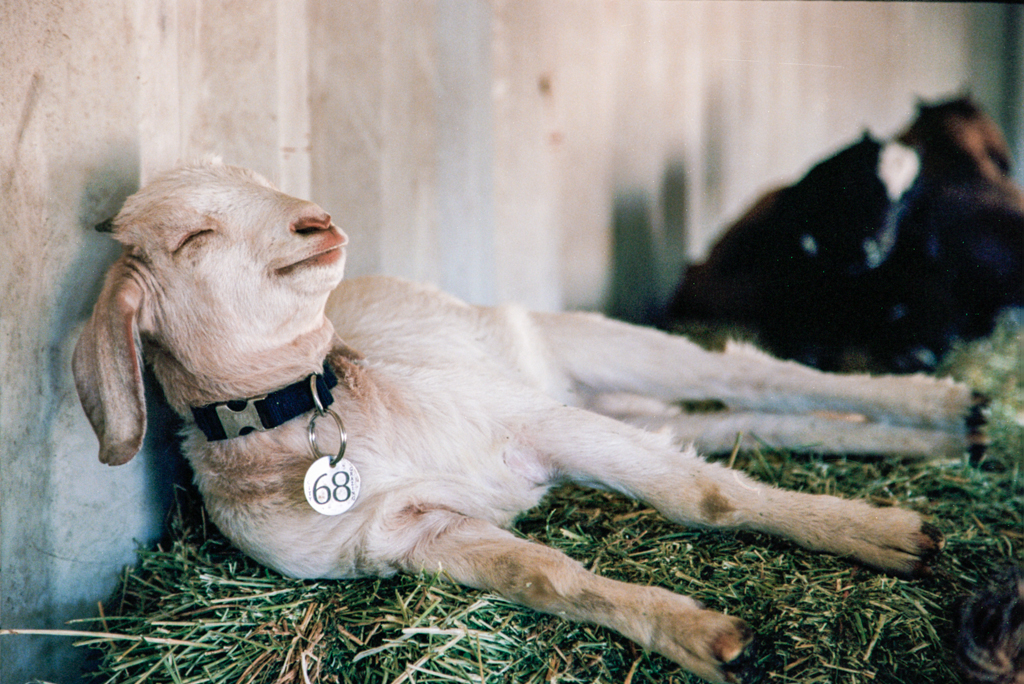 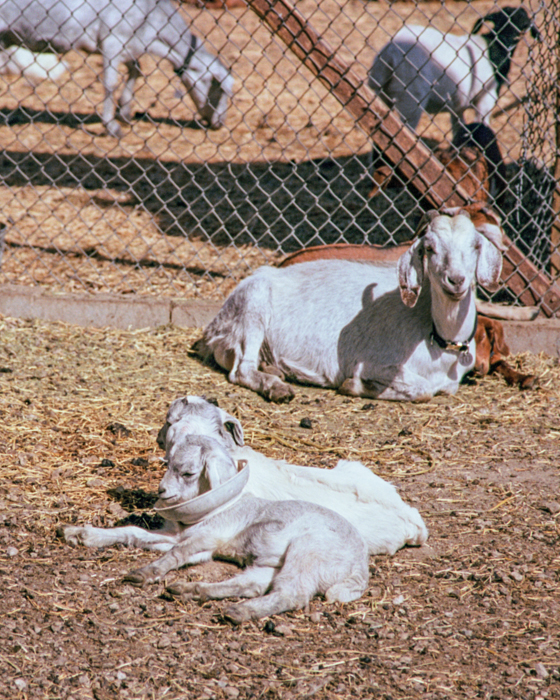 With the arrival of nearly 50 new goat kids at City Grazing this spring, San Francisco’s vegetation munching power has multiplied, while its adorable quotient has gone through the roof!

I had a chance to visit the herd during their open house and “running of the goats” today, and the goats did not disappoint. Goats and humans alike were fully enjoying the experience. I mean, look at #68’s happy face! (I’m pretty sure he was sleepy, not high, but this is SF, so…). How could you not love those cute little faces?

At some point, while I was wandering around the grounds, a little grey kid was handed to me by another visitor, and promptly curled up in my arms and started to nibble on my sleeve. I must have held the little one for about 15 minutes before he (she?) decided it was time to rejoin the others and started squirming to be put down on the hay bales. I unfortunately don’t remember any of the names, but this was the only little gray one I noticed. We had a moment, and now I find myself looking for my little friend whenever I come across the goats grazing out in the city. :p

Other highlights included a pygmy goat great escape, in which one of the little goats found a way out of the enclosure and proceeded to run circles around the outside of the pen, screaming, with the goats inside following it around the perimeter, screaming back. Perhaps they were encouraging the breakout, or maybe they were trying to help it find its way back home. Not speaking goat, I can’t say for sure, but they all seemed pretty happy here, so I’d bet the escapes were motivated by curiosity more than anything. Eventually, the little goat was directed back to the pen to rejoin it’s buddies, prompting more goat conversation.

If you’re wondering about the reason for ring on the little white goat’s neck, it looked like one of those cones that a vet might put on your cat or dog after a surgery, but turned out to be nothing of the sort. Apparently the kid had just found it somewhere on the ground and managed to put on itself. No one seemed very certain about where it came from. The goat certainly didn’t seem to mind it, and actually resisted efforts to take it off (perhaps it was fond of the new stylish necklace?), but, with much work, it was eventually corralled and the ring removed. *Cue more bleating*

They are certainly curious little creatures, and a blast to watch and interact with. They’re also available to hire for landscaping work as well as parties, special events, and films. Check them out if you get a chance! 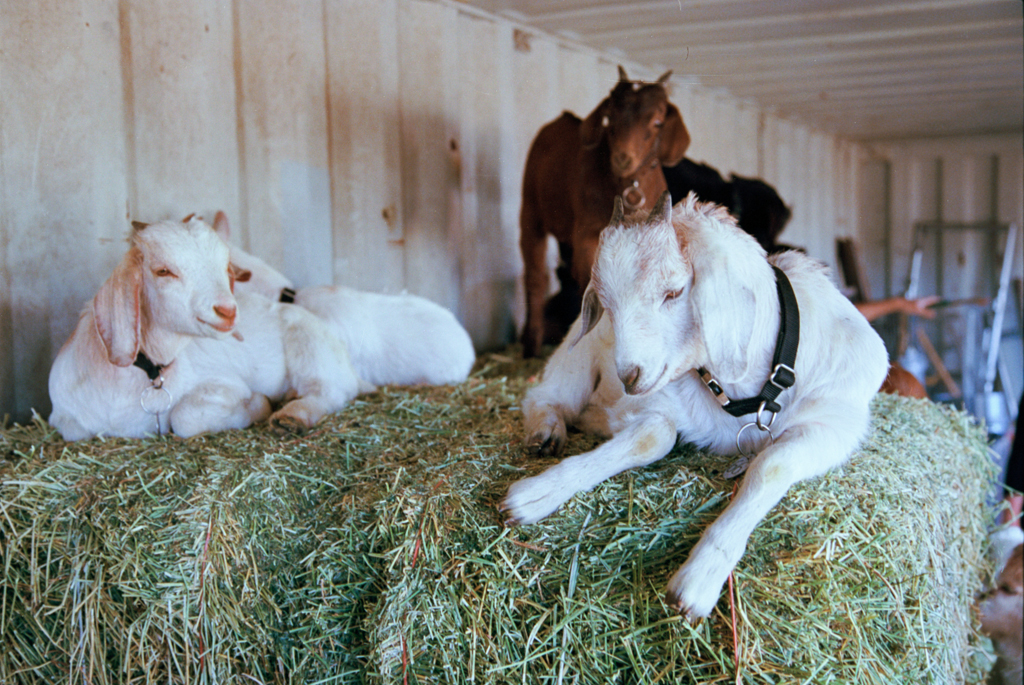