#ExpiredFilmDay and Roll of Walgreens film from Urban Ore

Since I’ve started using film more, I’ve found myself continually impressed by the engagement of the online film community, particularly on the Twitters and such.  Maybe it’s the inherent delays involved in film, but in the age of “Instagram it and forget it” I’m seeing a level collaboration, feedback, and sharing of ideas and knowledge from this community that reminds me of the good old days of Flickr or even Instagram in it’s infancy.  It’s been fun to come across this community and see it develop (bad pun intended).

Starting a couple weeks back, my film Twitters have been abuzz lately with talk of Expired Film Day, a good excuse to try something new with something old and share with the community.  I had just the right roll on hand: A roll of Walgreens Studio 35 film that I found in a random bag amongst the trash and treasures on the shelf at Urban Ore in Berkeley. Presumably diverted from the trash bin, this roll was a bit of an unknown, which could have been through pretty much anything in it’s lifetime.

Since I was planning to be out snowboarding on the scheduled day of March 15th, I loaded up one of my least obtrusive and least valuable cameras, an Olympus Stylus 120, tricked it to overexpose by one stop, and slipped it in my jacket for a few shots from the mountain. Overall, I’m pretty pleased with the results, given that the film has been sitting around somewhere in unknown conditions for at least a decade. 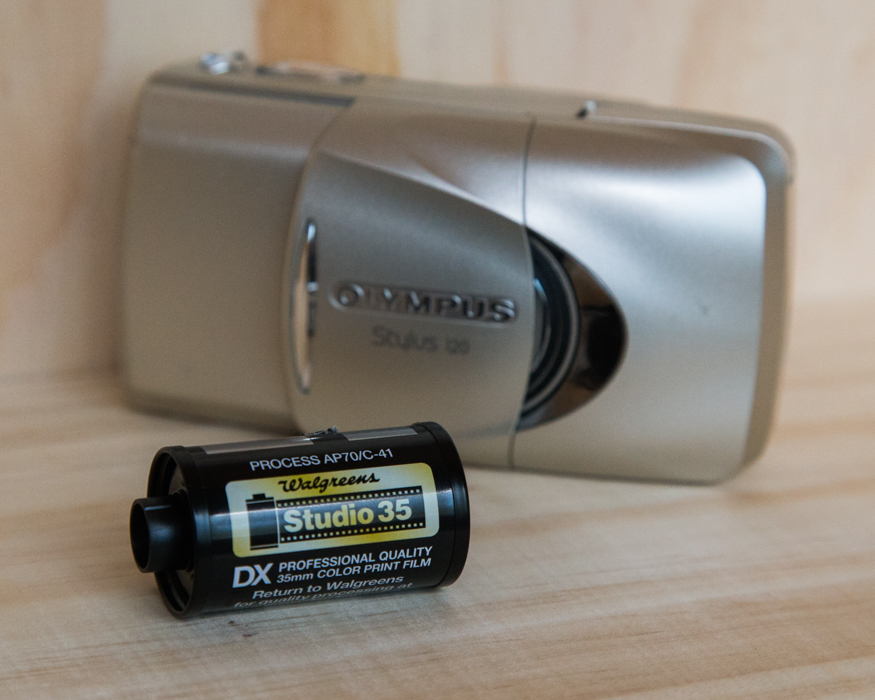