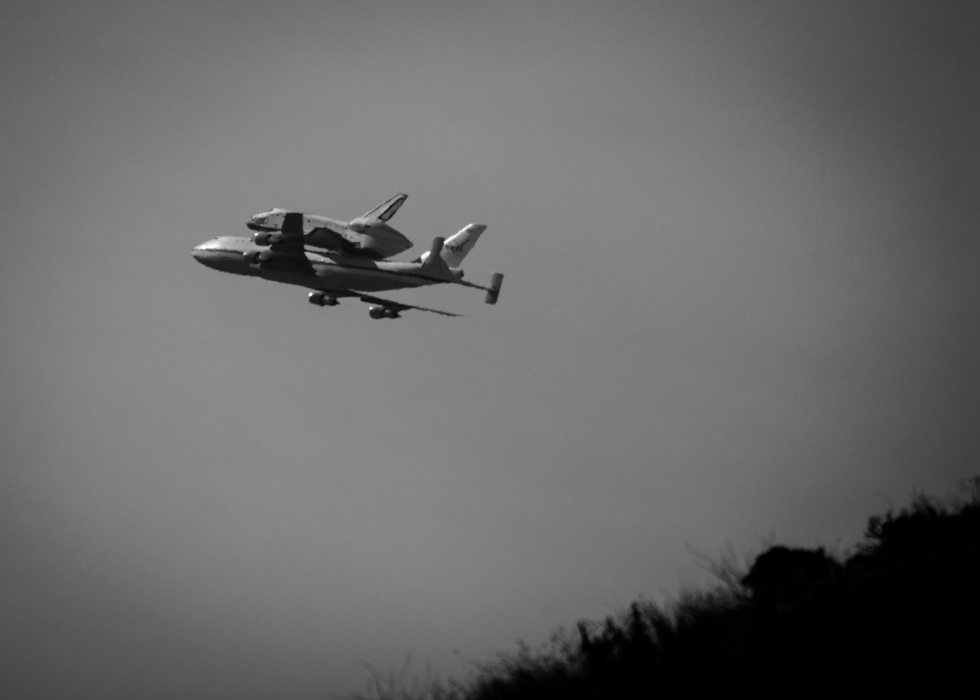 Last Friday, those of us in SF were lucky enough to witness the end of an era as the space shuttle Endeavour passed by on its farewell flight to the California Science Center in Los Angeles.  A fairly large crowd took a chance with the looming fog and gathered near the summit of Twin Peaks to catch a glimpse of the shuttle as it looped over the Bay Area on its 747 transport.  Arriving around 9:30, I found a nice sheltered spot with a friendly crowd of photographers, families, and enthusiasts from all over the bay area, sharing stories while we watched the skies for the shuttle’s appearance.  Around 10:30, we caught a first sight as it passed over the East Bay far in the distance, eventually looping back to make two leisurely circles over the City and the Golden Gate Bridge, providing plenty of photo ops along the way.  Twin Peaks was a bit far from the bridge for the perfect photo, but there was no better place to be as the shuttle emerged from the fog behind the hill, prompting an outburst of “ooohs” and applause from the crowd gathered at the summit.  Another once in a lifetime opportunity, found in SF. 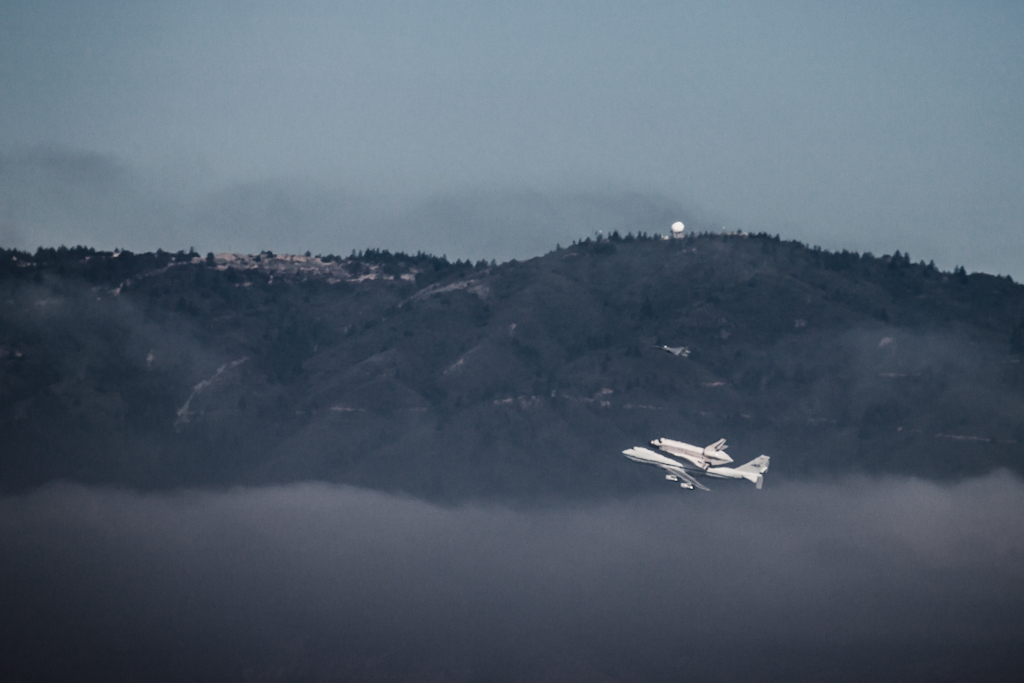 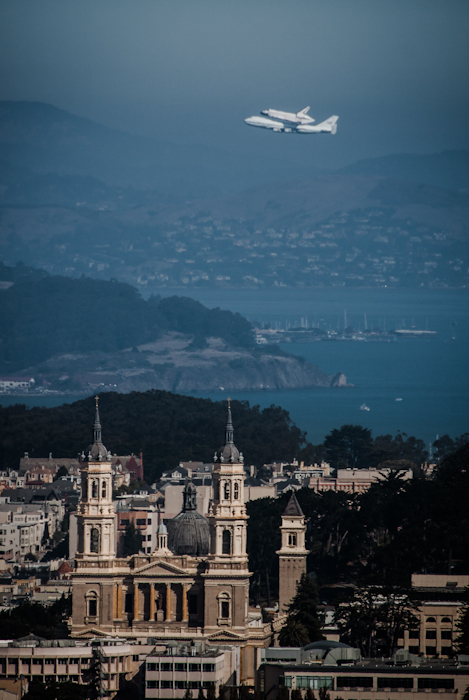 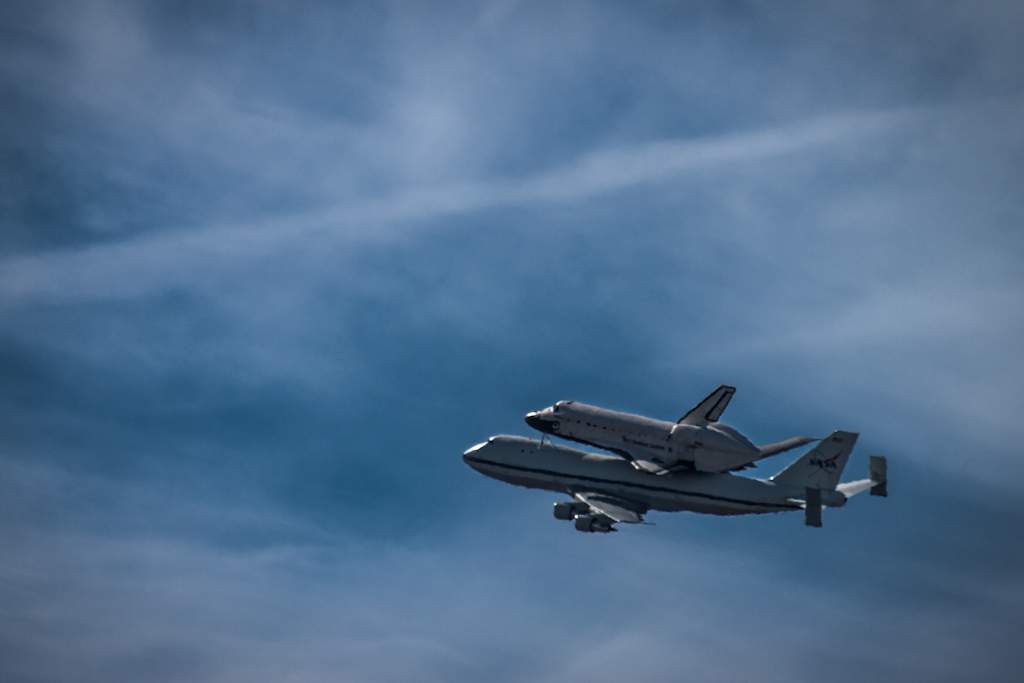