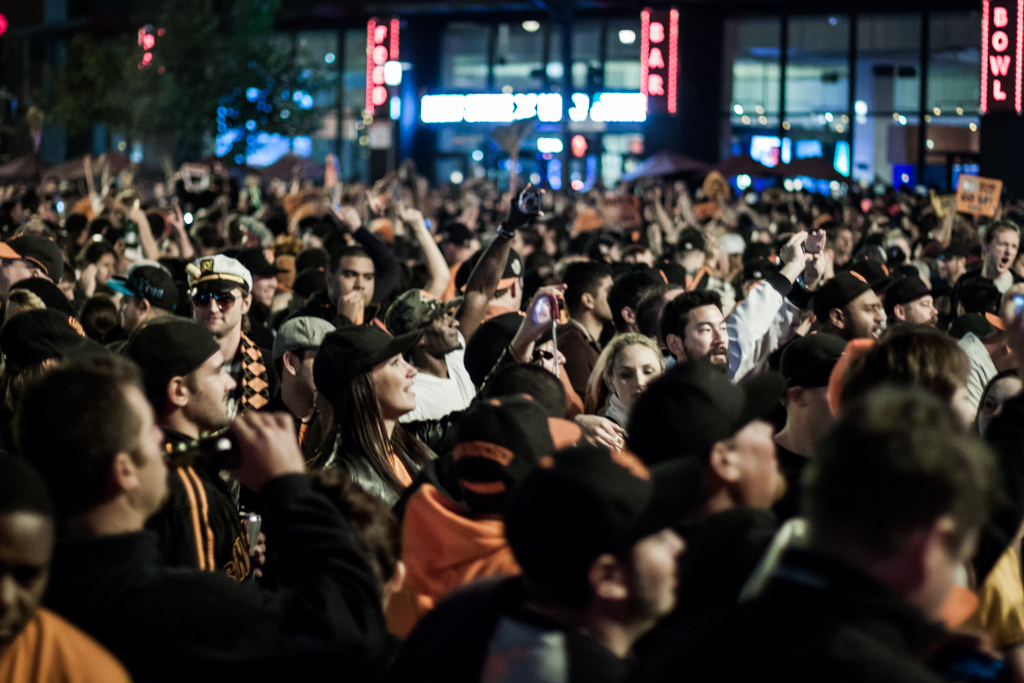 The City was ready to explode on Sunday, when the Giants took on the Detroit Tigers for Game 4 of the World Series, with the chance for a sweep. I watched it on the projector at Tres near the park with a few hundred of my new closest friends. The close game brought the energy in the room to crazy levels by the 10th inning when SF pulled ahead. The fact that we were watching in a tequila bar may have contributed to that energy, but I’m going to give most of the credit to the game. With Romo throwing the final strike, the crowd exploded. Drinks flew, high fives and hugs were exchanged with everyone near, I lost my voice for a bit, and the crowd flooded for the exits to get to the ballpark. After a quick trip to retrieve some stashed champagne, we made our way to Willie Mays plaza to join in the party. In the plaza, the masses of celebrators clogged the intersection, spraying champagne, waving rally rags and sweep brooms, and generally having a great time. For the most part, euphoric celebration lasted about an hour and a half before taking a turn downhill. Early on, a few people tried to start fires, but the crowd was pretty active in stopping these few and pushing them out of the intersection. Eventually though, enough people showed up and enough alcohol was consumed to pass the point of containment.

It started with a few champagne bottles being thrown into the air. As people moved out to avoid the bottles, a gap opened and more and more bottles were thrown in. Soon, most of the intersection was clear of people and full of glass and the beginnings of street fires. After a full day of drinking, the aim wasn’t so great and a few bottles were still landing in the crowds. As I stepped out to take a couple shots, a bottle or two landed a bit too close for comfort. So, not wanting to dampen our celebration with an injury, we retreated to a nearby roof deck to take in the scene for a bit while the crowd from Civic Center arrived.  Shortly after, we took a ride across the city, cheering out the windows the whole way. Arriving in the Mission, we made a brief stop at 16th and Valencia, where several street fires burned. Here, we witnessed what may be my favorite moment of the night, when all of the rioters paused for a moment to sing along when someone started blasting Journey’s “Don’t Stop Believin'”, then quickly returned to their fires when the song finished.

About this point, a large firework aerial exploded on the ground a few feet behind me. Taking this as a sign to move on before things got any more out of control, we headed toward the Castro. The signs of a party were clear at 18th and Castro, where the overhead Muni wires were decorated with a mass of dangling toilet paper, swaying in the breeze.  Apparently the crowds had moved on long before our arrival, probably toward AT&T Park or the Mission, leaving the streets bizarrely quiet. 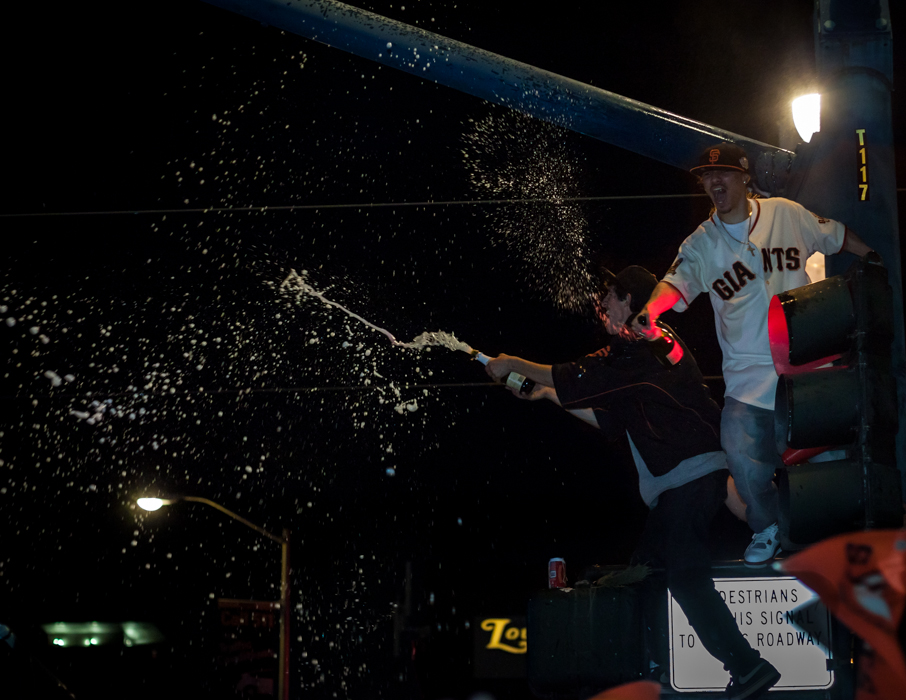 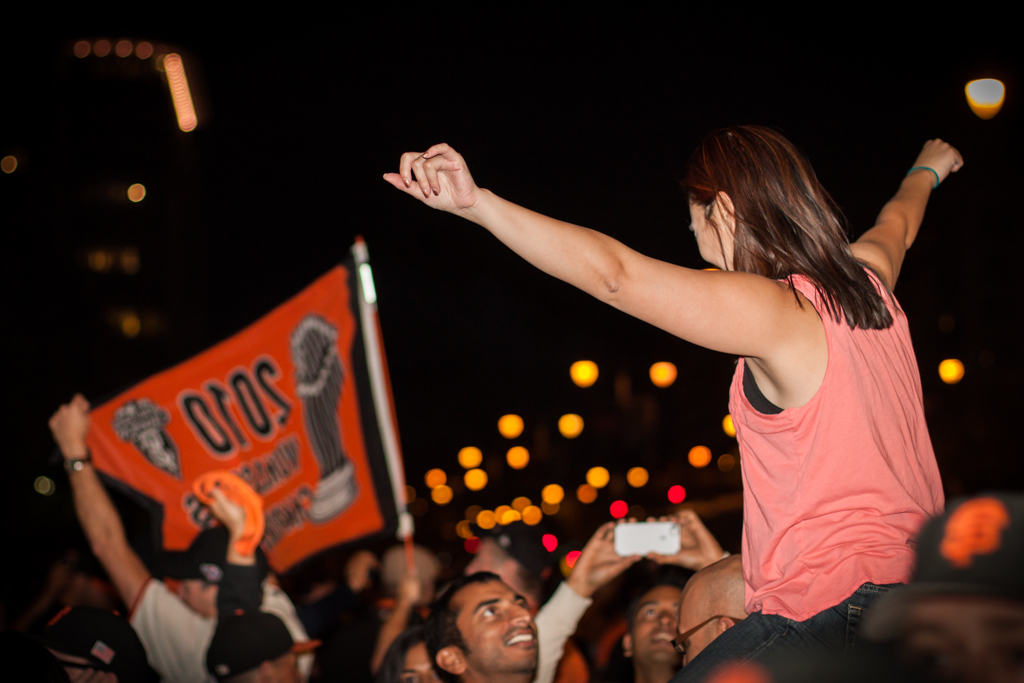 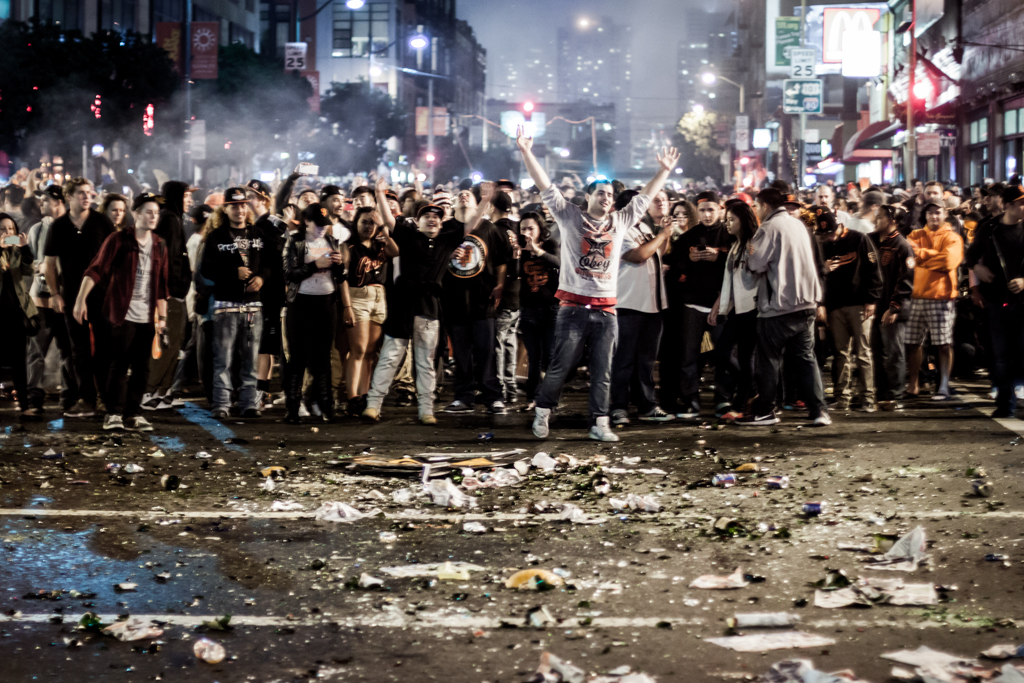 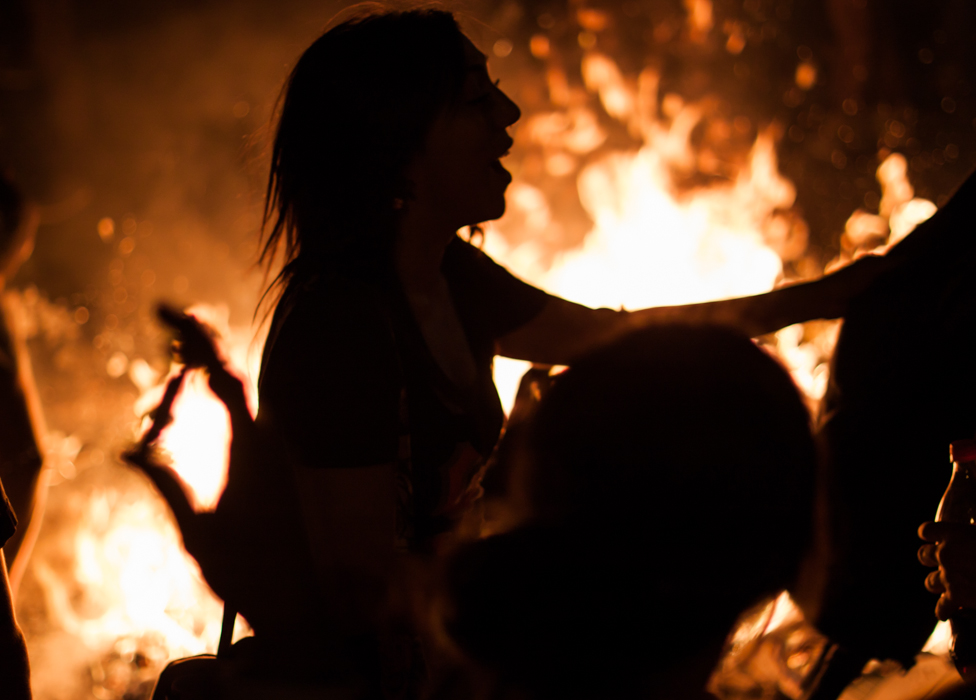 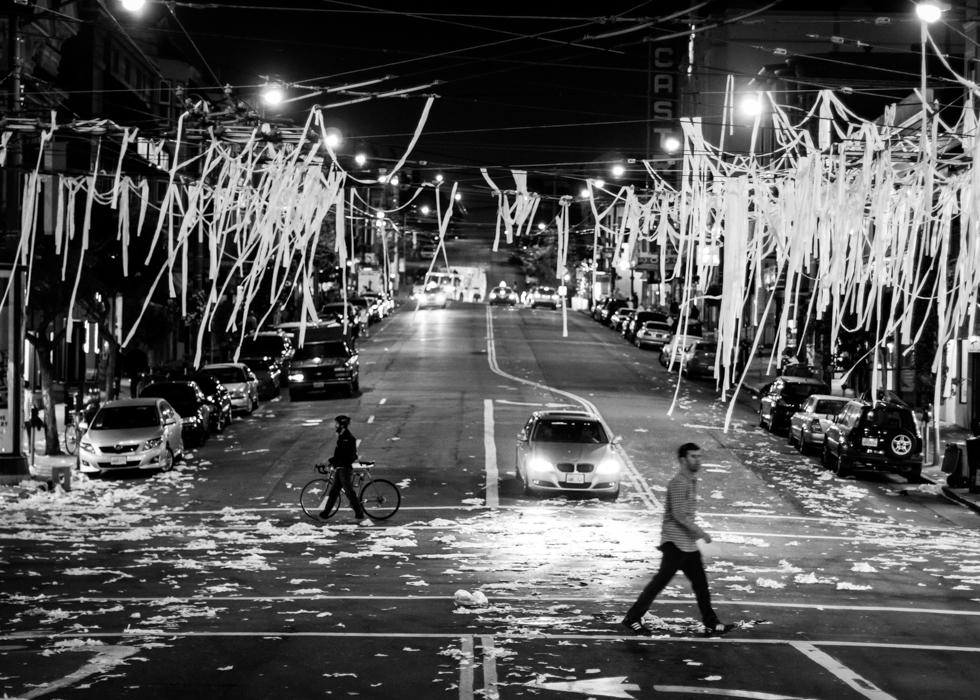