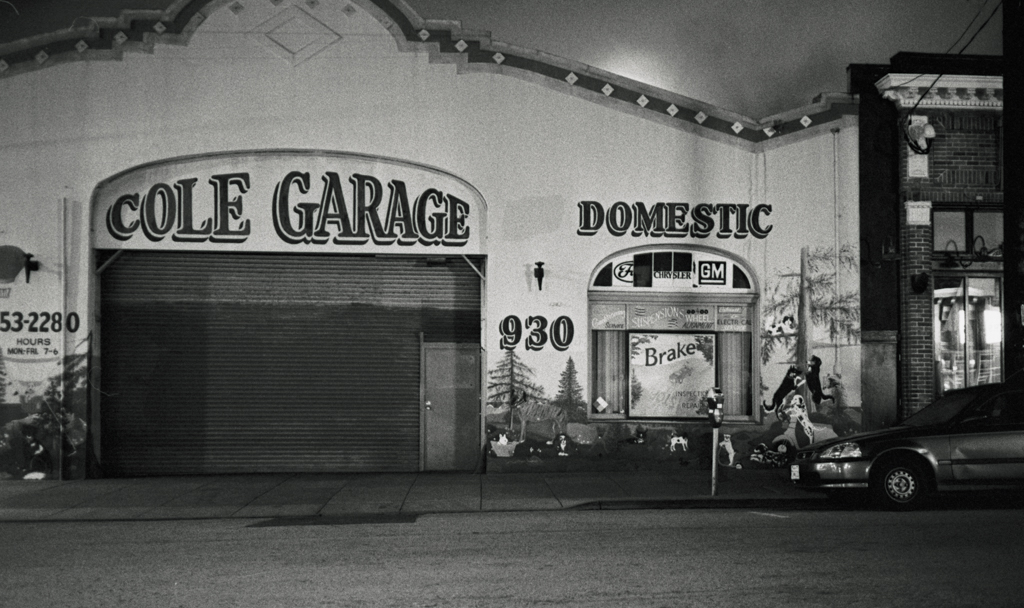 Regaining some stability in life after moving to a new apartment, and beginning to revisit my neglected photos, this one came up and seemed appropriate for the times.

News came last week that Cole Garage is being evicted to make way for a new development, so it joins the handful of local businesses that found their way into my 2014 photo project, only to disappear within the following year. Cole Garage also follows the nearby laundromat, which disappeared within the same week. It continues to surprise me how fast things change around here. Where does this trajectory lead? Honestly, there are a lot of forces at work which show no signs of slowing, so I don’t expect the course to change any time soon, but I also can’t imagine what the result could possibly look like when some form of equilibrium is eventually reached. There’s always another use for a space that can afford higher rent than the current tenant, but what happens when all of the neighborhood services are priced out of the neighborhood? What fills that gap for those who own a vehicle, or those whose $3000 rent doesn’t include access to laundry, or all of us who rely on the next service to go, whatever else that may be?

Are we heading for some weird form of urban suburbanization where our neighborhoods are taken over by blocks of modern condos and chain retail outlets that can afford to absorb the high costs?  Are we headed for a city where those of us who can pay for it summon cheap new “sharing economy” labor for all of our needs, and those of us who can’t…well, surely you can make enough to afford it by driving a few more uber shifts, right? Wait, what’s that you say? You can’t drive today because you need to take your car in for service? Oh, I don’t think we do that around here anymore…

(Kodak TriX 400 in an Olympus Stylus Epic point and shoot, stand developed because I screwed up my attempt to trick the camera into shooting it at 1600 ISO, and had no idea what settings it actually used)