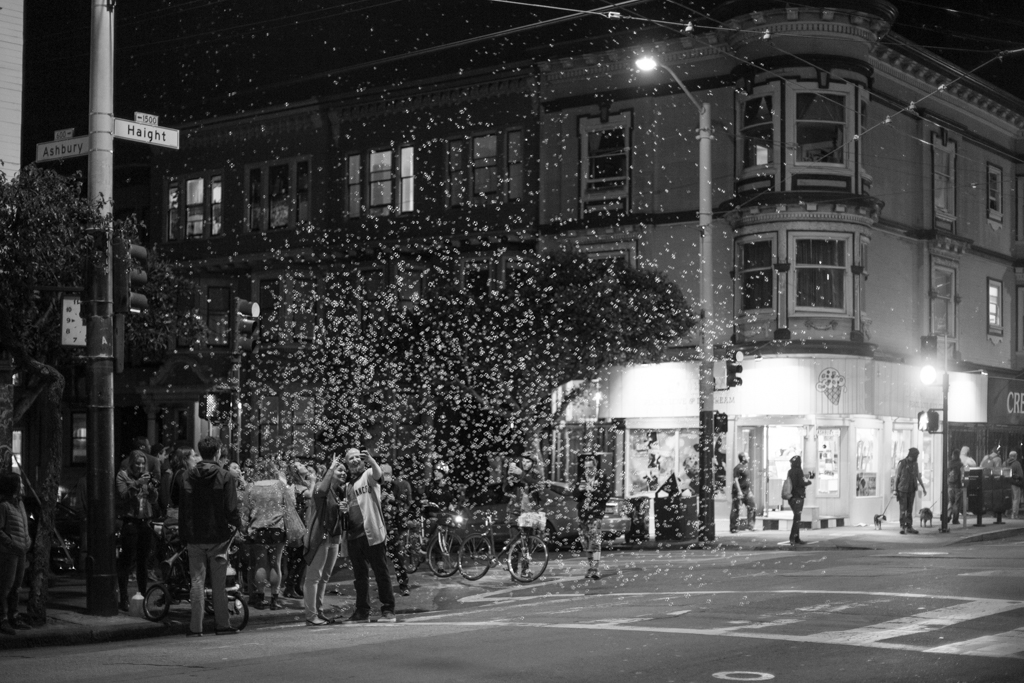 Pouring out of the bars onto Haight just after the game, the crowd was jovial, with hugs and high fives all around. At Haight and Ashbury, revelers frolicked (and took selfies) in a sea of bubbles. 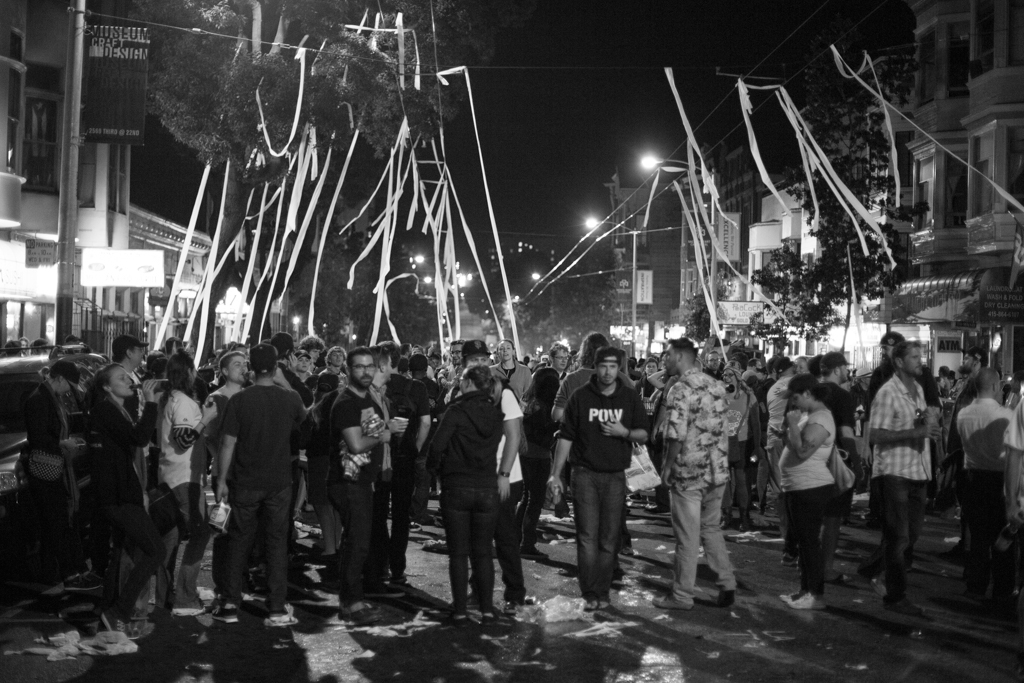 By the time I reached the Lower Haight, a couple blocks were cordoned off and covered in TP, but still mostly trouble free, apart from a few kids trying and failing to light a fire. The mood as I passed through was still jovial, though people had TP’d a cop car and there were signs of coming trouble. I heard there were fireworks and such later, but don’t know what else, if anything, happened after I moved on.

I gave my last Pence face to a kid who was probably around 7 on this block, and he was so excited about it, I think that moment was honestly the highlight of my wanders. 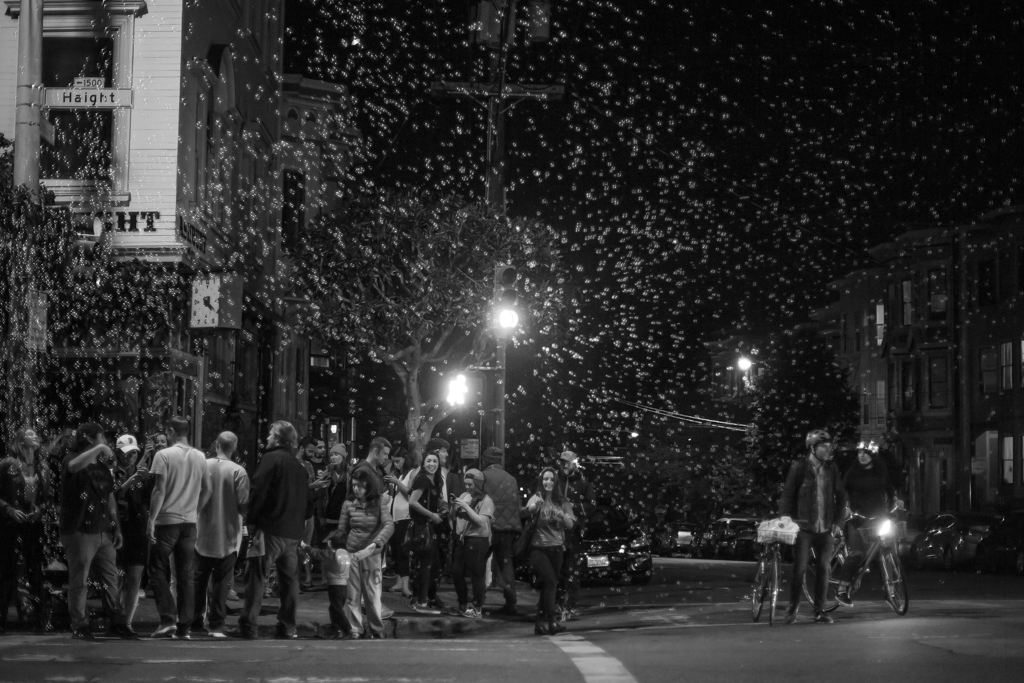