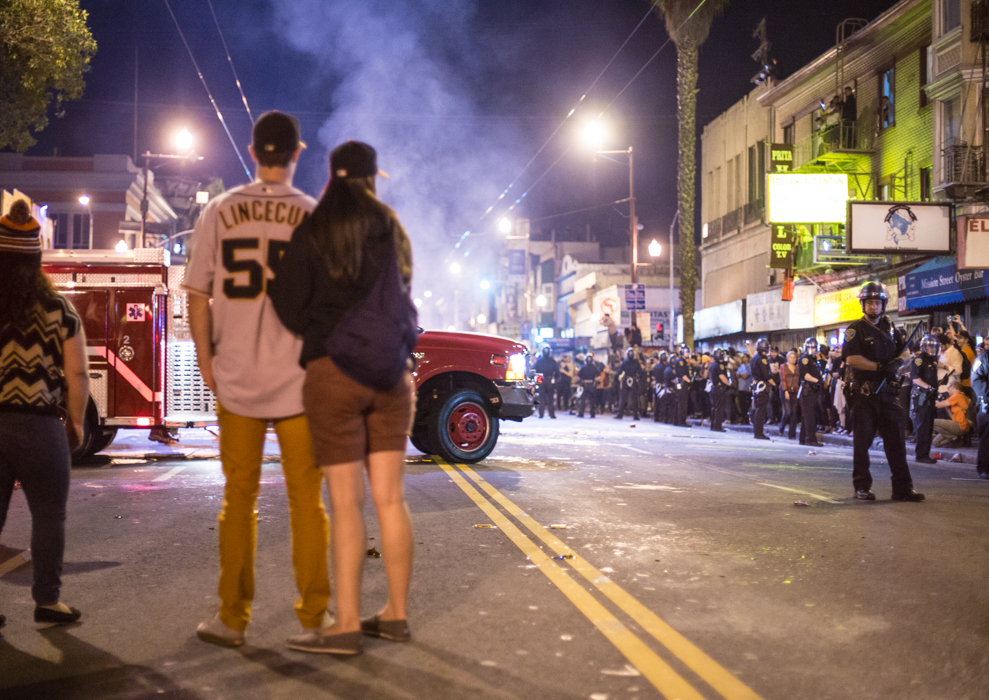 Hey San Francisco, remember that time we won a World Series and didn’t trash the streets? ..Yeah, me neither.

By the time my walk brought me to the Mission, shit was going down in full force, as a group of a couple dozen police in riot gear marched up Mission to surround any budding fires, followed by SFFD to put them out. The crowd was large enough and there were enough people intent on mayhem that some fires were inevitable, but from what I saw, the SFPD did a great job of responding to problems and keeping the damage as low as they could. In my wanders through, despite the large crowds and the presence of the usual subset of idiots out solely to provoke some sort of response from the police to record and post to social media, I personally saw nothing but the most organized and professional actions. So kudos to the SFPD on this one. 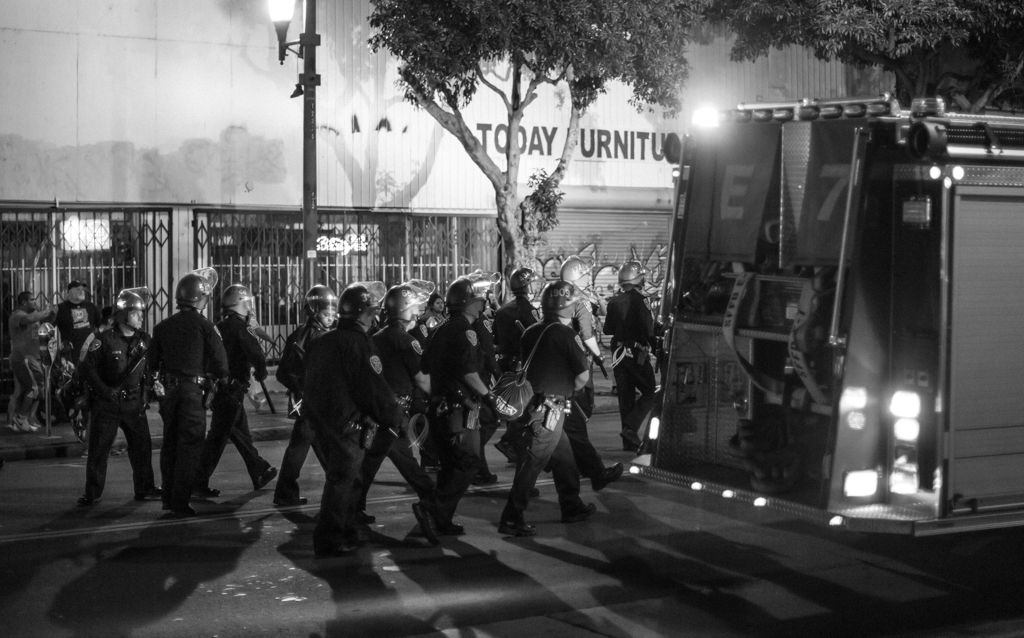 I wandered through twice but found the area so saturated with drunk fools and people trying to get that awesome profile pic, that, it felt like no one was even there for the moment. Maybe it’s just me, but the whole “look at how bad ass I am with my selfie in front of a riot cop” game feels a little played out these days in the Instagram generation. It all just felt more like a celebration of self absorption than a celebration of the Giants. Not the vibe I was looking for, so I walked on. 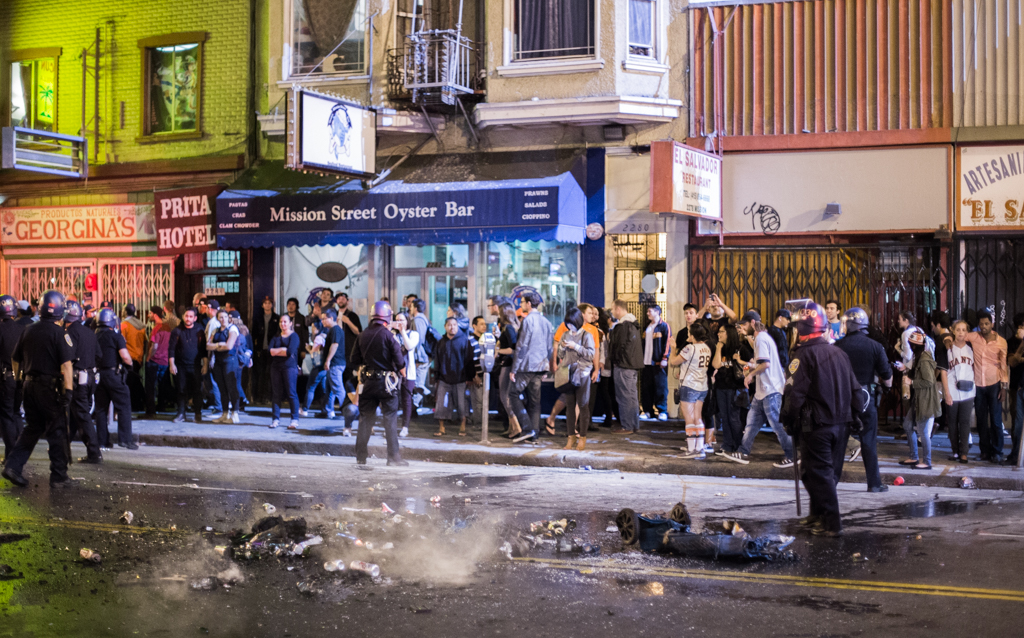 That said, the gathering a few blocks away at 16th and Valencia was a real party atmosphere, with a sound system blasting tunes while people danced in the street and generally shared in a good time. There were even a few Royals fans out there in the mix. Sure, there was the requisite broken glass and drunk fools that comes with a large crowd like this, but this crowd was out to celebrate rather than destroy, at least during the time when I was there. I also learned that one of those new Muni wave shelters can surprisingly support the weight of about 20 people, so there’s that.