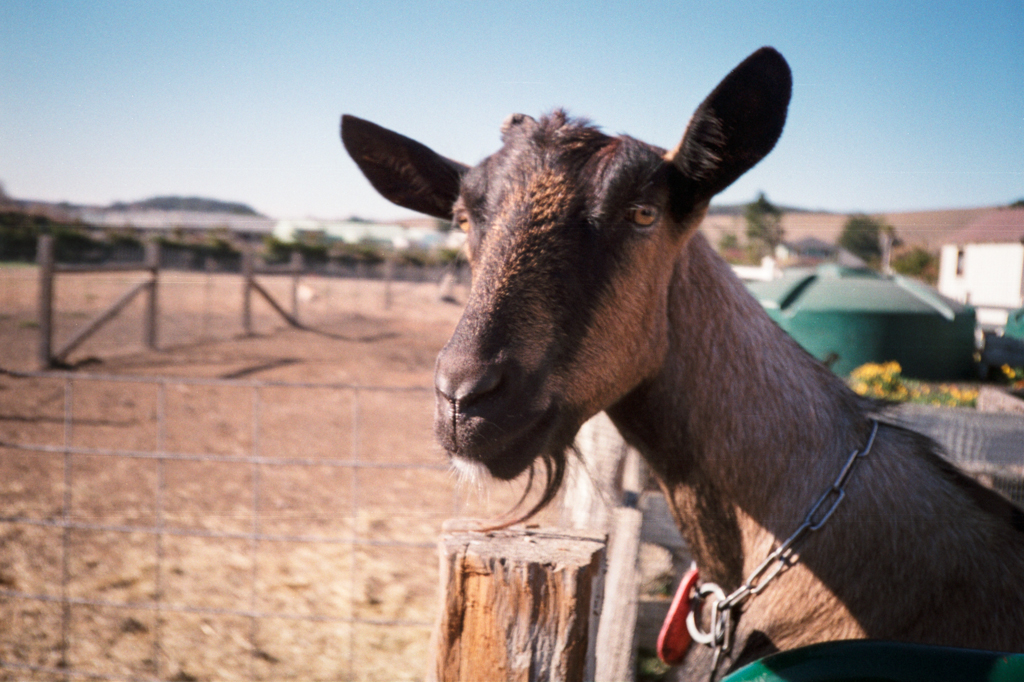 So, I’m more of a cat person than a farm animal person, but… I totally want a goat. I mean, they’re kind of the cutest animals around. With their little goatees, horns, and sideways eyes. Adorable.

For those who aren’t aware, Harley Farms is a fantastic goat farm down in Pescadero, which produces some delicious cheeses and other tasty bites (in addition to housing a bunch of friendly goats). On this trip, this friendly mama goat tried to eat my cameras, while her adorable little kid hopped around and wagged its little tail. Have I mentioned that I want a goat?

Extra photos today because I couldn’t post just one. 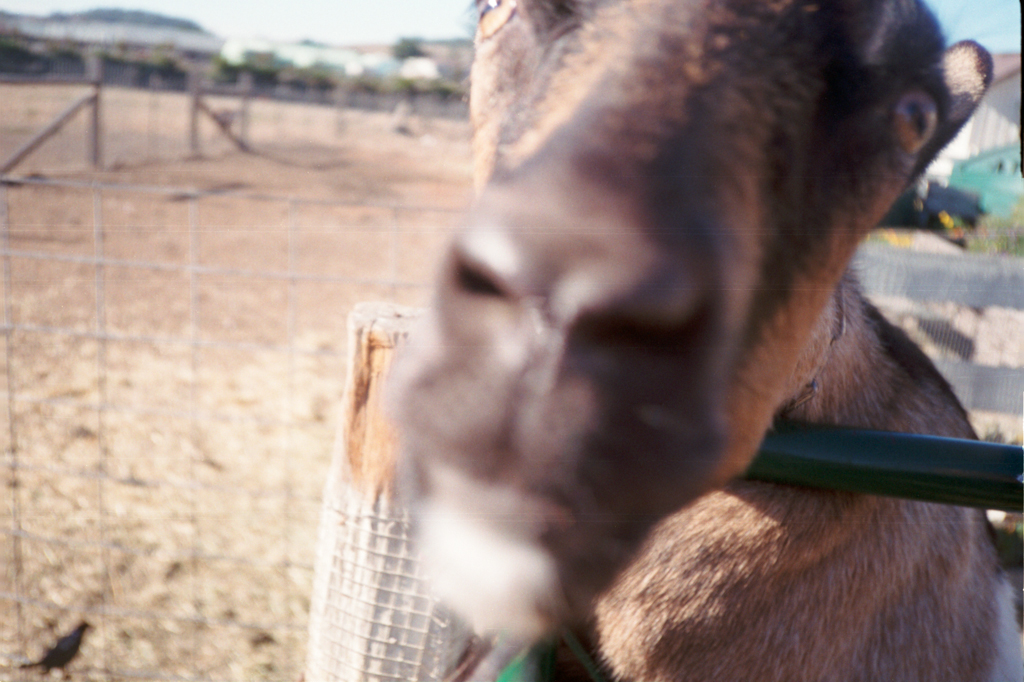 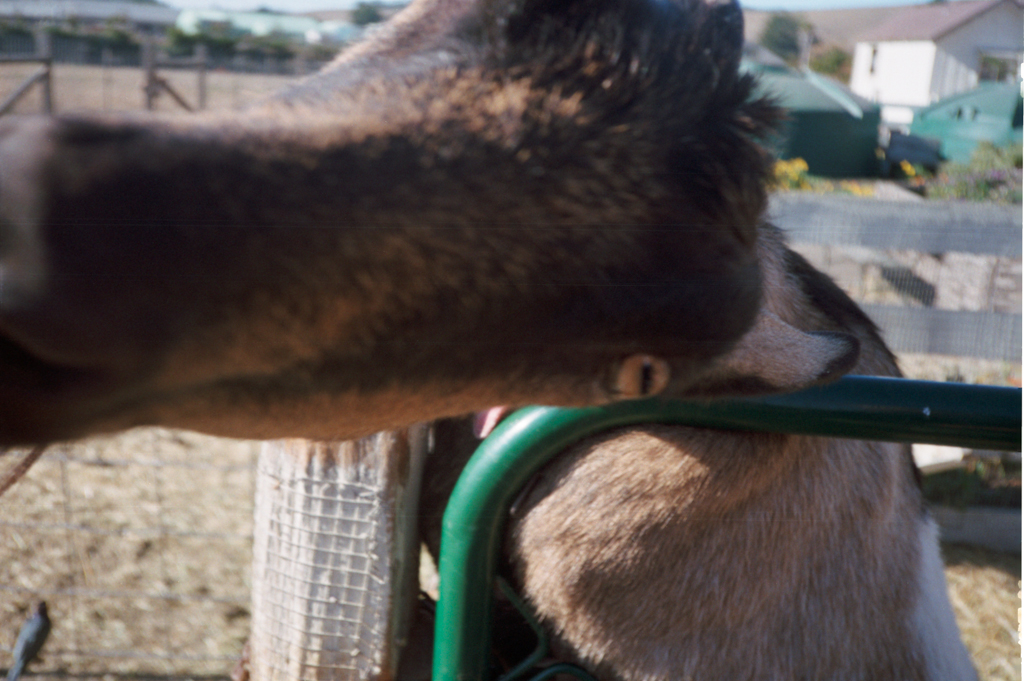 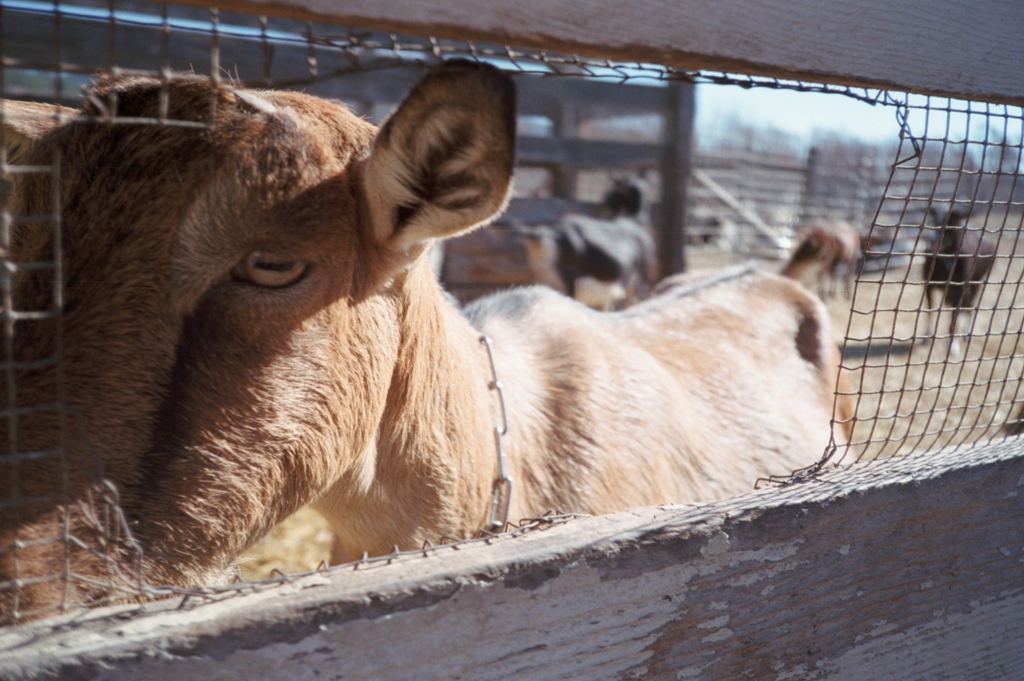 These photos come from a 90’s era Canon Sureshot A1 waterproof compact 35mm camera, which happened to live in the Himalayas photographing snow leopards before it came into my life. Shot on some random Fuji Superia 200 I picked up at Walgreens.